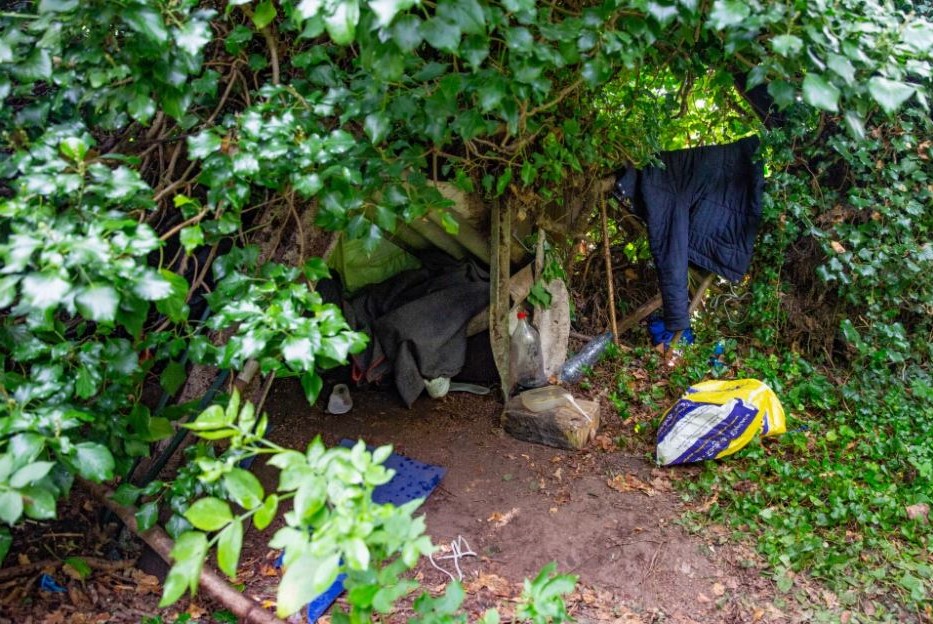 A FARMWORKER who police feared had been murdered has been found alive and well using bushcraft and survival techniques to live in woodland for five years.

Ricardas Puisys vanished without trace in September 2015 amid claims that he was being exploited. Three months after his mysterious disappearance, a 31-year-old man from Cambridgeshire was arrested on suspicion of the Lithuanian’s murder.

Puisys was last confirmed alive on September 26 2015 at a farm where he worked 20 miles away from where he was living in Wisbech. He was due to return to work on September 28, but failed to show up at the Nightlayer Leek Company in Chatteris where he was employed through an agency.

By November, Cambridgeshire Police launched a murder investigation before being forced to release the suspect without charge in December of that year.

Remarkably, however, Puisys has now been discovered in woodland close to Wisbech where he had been sleeping in a well-disguised A-frame shelter while using various bushcraft and survival techniques to spend almost five years living stealthily.

It is understood the 40-year-old has been foraging, trapping and even discretely picking vegetables from nearby farmland in the dead of night while constructing makeshift cooking and heating stoves in his camouflaged camp.

A fresh appeal to find Puisys was launched with a Facebook campaign in December 2019 after some members of the public reported seeing him in fields around Wisbech, raising hopes that the man believed murdered might be alive.

Yesterday, police confirmed they had found the missing man last month and had been using a translator to uncover the mystery of his life over the last few years. It is believed he may have been forced to move addresses against his will and was falling prey to exploitation gangs. Fearing for his safety, he decided to flee and go into hiding.

Detective Chief Inspector Rob Hall of the Bedfordshire, Cambridgeshire and Hertfordshire Major Crime Unit explained the discovery and the mysterious disappearance on September 26 2015.

“For almost five years Ricardas’s disappearance has been a complete mystery,” he said.

“That was until we received information at the end of June, which led us to finding him.

“There were genuine concerns Ricardas came to harm that evening, but we now believe Ricardas made the decision to run away as he had been a victim of crime, having previously been subject to exploitation.

“A team of investigators worked tirelessly following up a number of inquiries, none leading to the discovery of Ricardas. That was until we received information that Ricardas may have been alive and still in the Wisbech area.

“Following a search of wooded area in Harecroft Road, Ricardas was eventually found living in undergrowth, very well concealed after having deliberately hidden and having not spoken with anyone for some time.”

DCI Hall added that leaving the announcement of the discovery until yesterday had allowed investigators to establish safeguarding measures and check on Puisys’ health in order “to ensure he remains safe, but also to ensure he gets the support he needs after having lived through extremely difficult circumstances during the last five or more years”.