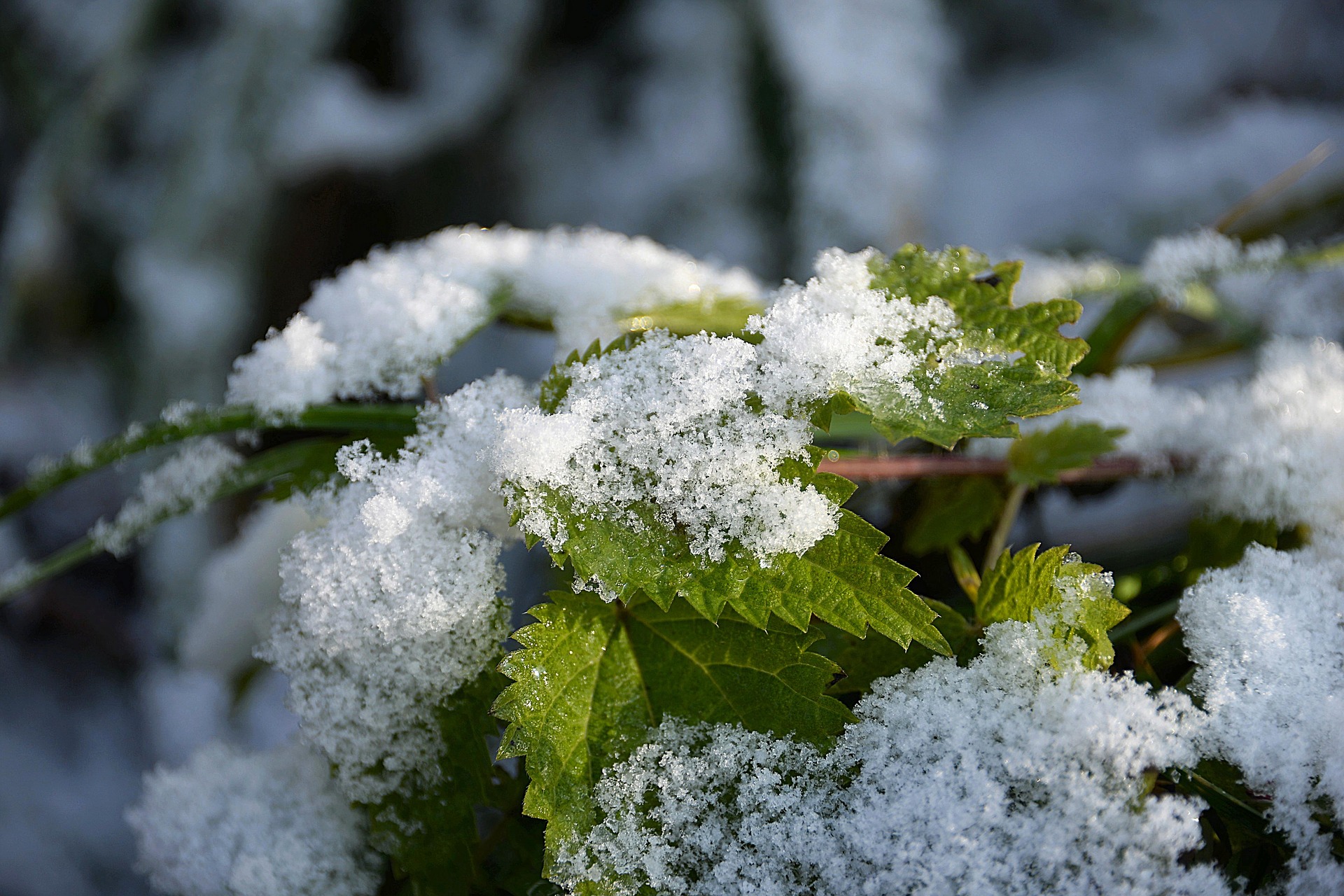 Many would argue that February is possibly the most difficult month of the year in which to forage or survive in the wild.

However, if November and December have done their jobs with early frosts, February can be one of the best months of the calendar in terms of harvesting tender young shoots of many plants we’ll be looking for in late spring.

Obviously, foraging notes for February are written with a slight hint of ‘survival situation mode’ – that curious mental zone you place yourself in while searching for nutrition when on a survival exercise, be it military or just practice. Therefore, it’s not always a good idea to head out and ransack a patch of new shoots, effectively ending their growth potential just for a taste of something different.

Having said that, there will still be an impressive bounty of delights on hand that won’t be harmed from being harvested early. After all, several things listed here are considered weeds – and who is going to miss a patch of nettles?

I often apologise for mentioning nettles when running bushcraft courses. You just assume that everyone has known about making nettle tea since they were eight-years-old and don’t need to be taught about such an obvious plant.

One of the joys of teaching bushcraft is seeing the delight on the face of someone who just learned something wonderful and useful for the first time. Nettles seldom deliver that response, and are therefore often skipped during foraging lessons.

However, February and March time is probably that one part of the year where I will actively seek nettles out.

Shoots are just starting to form. They’re tender, easy to handle, and packed with nutrients at this time.

A quick blanche in boiling water or a toast over the flames to render off any irritating hairs and you’ve got an easy meal full of vitamins A, B, C and K; iron, calcium, magnesium and a host of essential amino acids. Plenty of research is also available about the antioxidants found in nettles also.

Alexanders – or smyrnium olustrum, if you want its fancy name – was one of the many plants brought to the UK by the Romans, specifically for later winter/early spring harvesting. 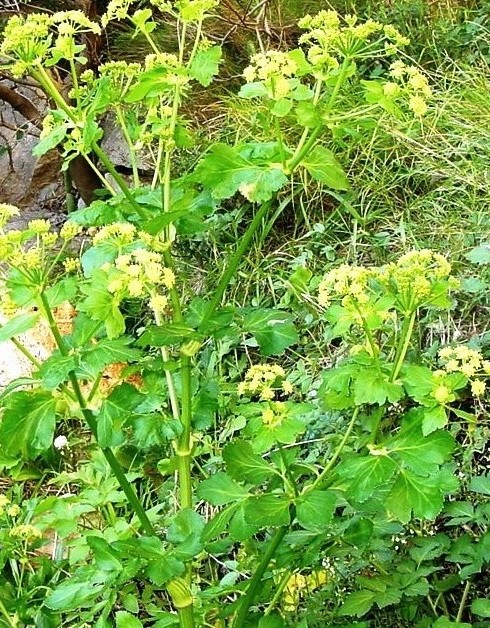 It’s also known as ‘horse parsley’, which is a giveaway to its flavour – parsley, obviously. Not horse.

A biennial, it is remarkably useful as every part is edible, but it is the stem which offers great texture, crunch and good eating.

You must take care with identification, though – particularly this early in the season when things can all look quite similar.

Horse parsley could easily be mistaken for that most dangerous of wild plants – hemlock.

This is my go-to staple, whenever it is available.

The dandelion tends to get overlooked, and probably for two reasons:

One, it often has a flower and, for some reason, many folk just can’t get their heads – let alone their teeth – around the idea of eating a flower.

Two, a myth exists that, due to the milky sap in the stem, it must be poisonous.

This is simply not true.

Every part of the dandelion is edible – from the tips of its petals to the end of its roots.

While it’s unlikely you’ll encounter the flowers at this time of year, there will be buds – and these are prized and delicious. If you’re hungry and on the move, scoff them down when you can. If you’re foraging for home use, gather the buds and pickle them with some herbs – they’re as good as capers.

I can’t rate the importance of dandelions enough in bushcraft and the search for wild food. Indeed, I consider them second only to oxeye daisies in terms of taste.

Now, if it’s flavour we’re looking for, then here’s one to get your taste buds singing – dear old viola odorata.

It doesn’t really flower with great enthusiasm until bursting out in spring, but you’ll often encounter early shows in February.

This low-growing perennial has been used for centuries in perfumes, due to its delicate and fragrant aroma which sits on the tongue briefly before disappearing altogether.

The leaves too are reasonably pleasant, and contain a good fix of vitamin A.

However, this one comes with a plea. Although widespread, it is becoming increasingly uncommon and, therefore, might be best left alone or grown in the garden for consumption.

It’s hard to associate wild garlic with anything other than spring when you smell the heady air long before you set eyes upon your bounty. 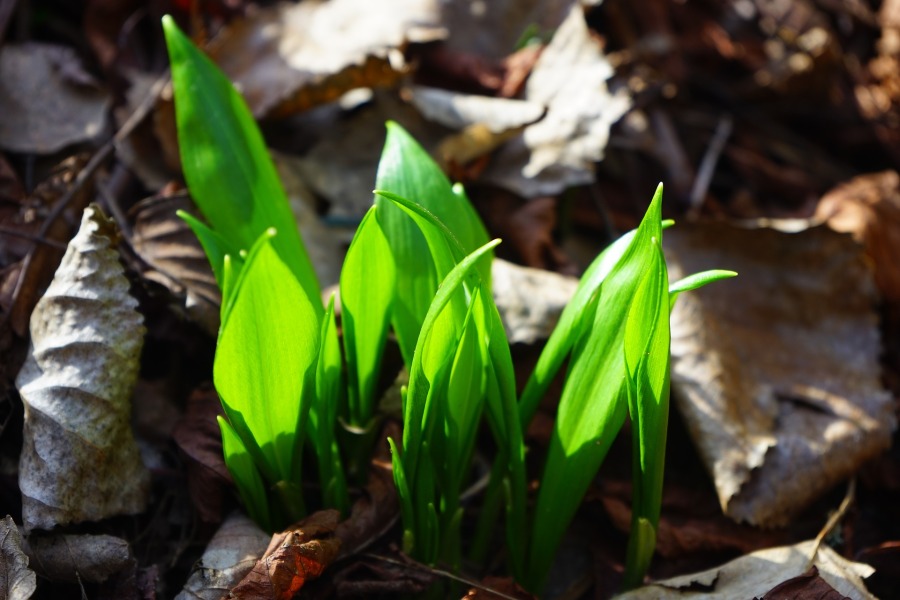 Although more difficult to track down in February, if you know where patches grow you will be treated to perfect young shoots that are to be enjoyed without the overpowering bitterness that can be found in the mid or end-of-season leaves.

If you’re out and about in the wild for a few days, it’s always a huge delight to stumble upon wild garlic – especially if anything you’re foraging on-the-go is either bland or just tastes of grass.

Ideally, if you’ve got a bit of bannock mix stowed away in your pack, then some chopped up wild garlic will bring it to life around the campfire.

Chickweed – stellaria media – is another one of those plants that gets passed by for reasons known only by the wind.

It’s a reasonable tasty plant, quite abundant, and possesses an impressive hit of vitamins and minerals.

It’s fine to eat raw, but if you gather enough of it, you’ll have a good ingredient to pad out a stew or broth when you make camp.

In a survival situation, it’s always a good plant to know. From February to October it could be your best source of vitamins A, B, C, D; calcium, zinc, potassium and iron.