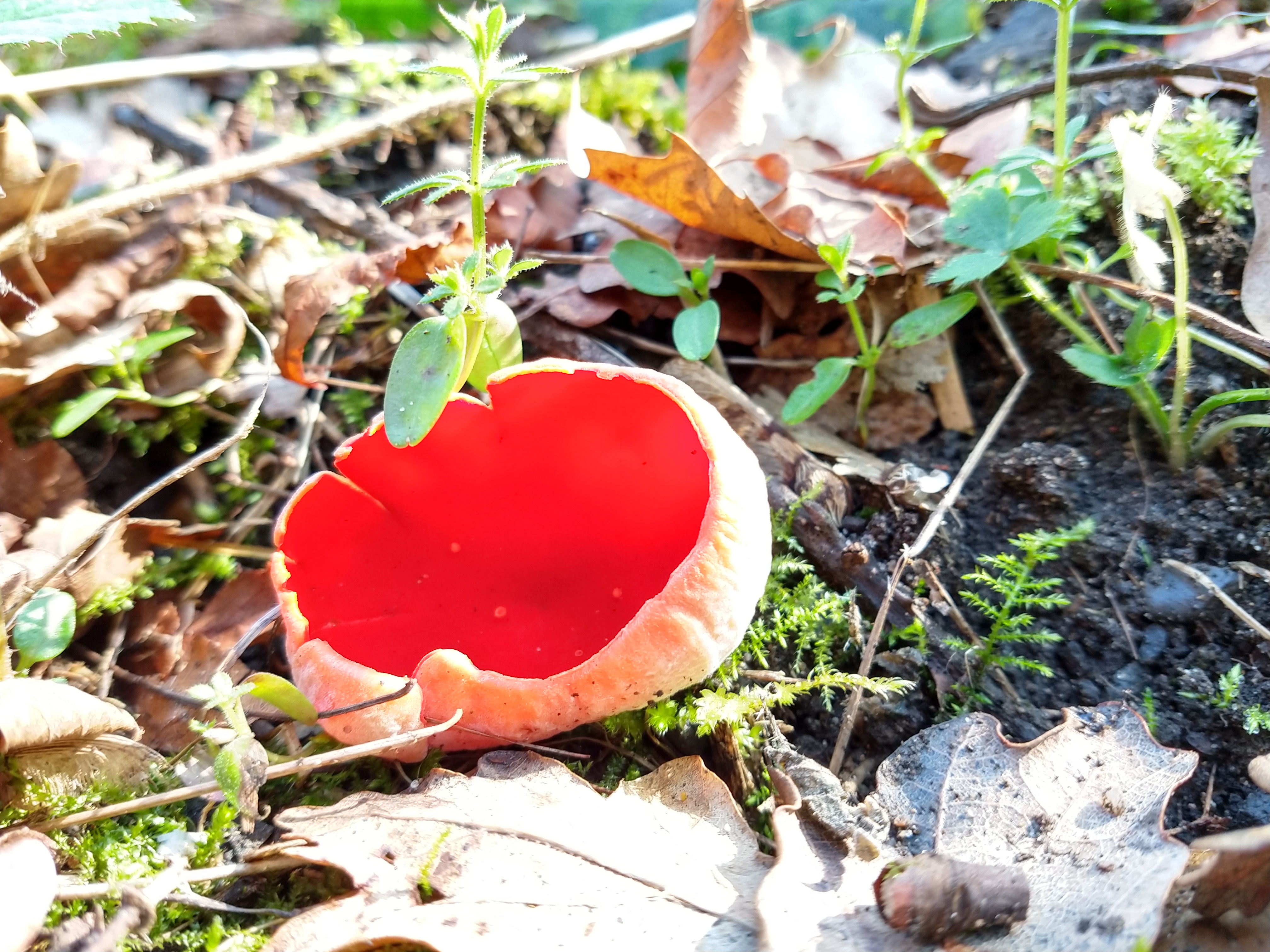 A rare sight awaits in the undergrowth at this time of year – the remarkable scarlet elf cup.

At first glance, it looks like a curious and deadly toadstool straight from a fairytale-inspired imagination.

The bright red inner, enveloped in a velvety bowl, is enough to give you the chills and, yet, despite all the warning signs, this little gem is completely harmless.

The one pictured was actually discovered yesterday by my five-year-old as he rummaged near some fallen trees in the hunt for our highly-prized horse hoof fungus. And what a tremendous specimen. This is the stage where the bowl is perfectly formed. It will, eventually, open out over itself like an umbrella, resembling many highly poisonous fungi and mushrooms.

While harmless it is considered inedible within many classifications, but this is a matter of establishing the difference between foraging and survival.

It tastes a little nutty and quite earthy – not everyone’s cup of tea, but if you’re in the woods looking for winter food in a survival situation, you’re unlikely to be thinking too hard about fine dining. Their use in such cases makes them valuable, as they can be eaten raw – a real bonus during a time of year when food is scarce and you want to fill your pockets with some nutrition on-the-go.

For the forager looking to return them to the kitchen, they can appear spectacular on a dish as they do not lose their distinctive colour even when cooked.

Elsewhere, the scarlet elf cup has been used for its supposed healing properties in powder form by some First Nations on the umbilical stump of newborns. It is also eaten raw on toast in parts of France, as well as being placed on moss and used as a table decoration in coastal areas of Yorkshire.

NOTE: Don’t forget, almost all edible mushrooms and fungi can be misidentified. If you are in any way unsure, do not eat or handle them. If you are in the slightest doubt, do not consume or encourage others to do so.